Are moles causing a problem in the garden? We offer fast humane solutions for Mole Control 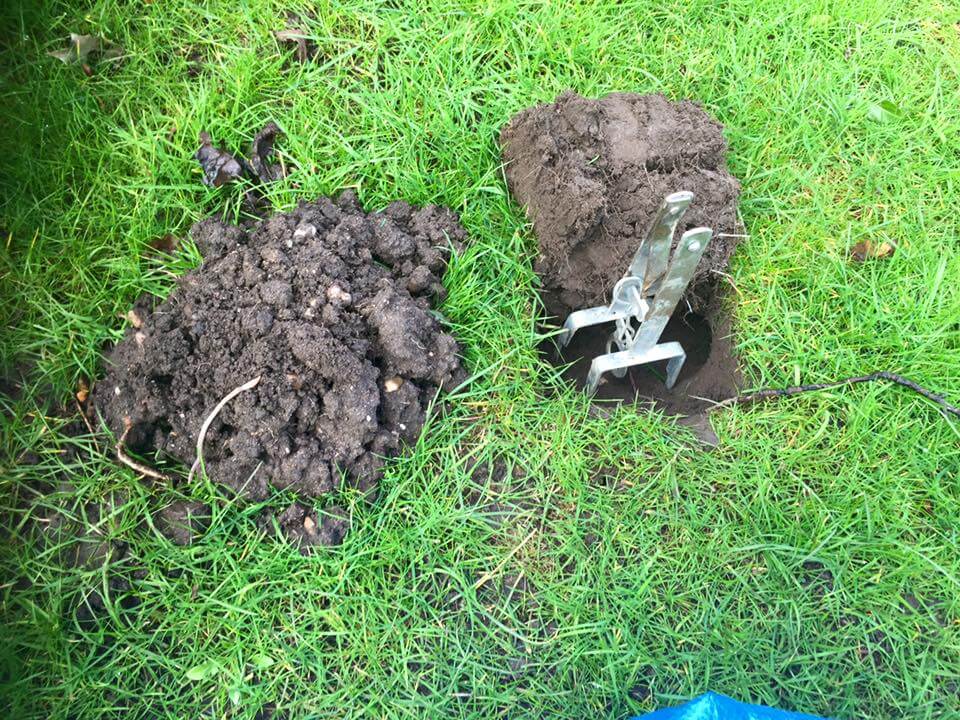 Did you know that moles can shift 540 times their own body weight of earth and tunnel up to 100 feet a day?

As much as we can admire this level of industriousness, it becomes less impressive when the digging is done in your lovingly tended garden. There are between 35 and 40 million moles in the UK and these funny looking creatures can cause a lot of damage to residential gardens and to agriculture businesses.

I feel the earth move

Translated from the late Middle English word ‘moldwarp, meaning ‘earth thrower’, moles are the only known mammal to live almost entirely underground. Because of this, many are under the mistaken impression that moles are blind which isn’t the case, although they do suffer from extremely poor eyesight. This is, however, balanced by phenomenal senses of touch and hearing. Adult moles measure about 15 centimetres in length and weigh around 110g. Probably the moles most characteristic feature is their large spade-like feet with long toes which are used for digging.

Moles spend their time digging intricate networks of tunnels in order to trap and eat earthworms and, a network can range from 100 to 1000 square metres – a phenomenal feat for such a relatively small creature. Moles tend to feed on insects, grubs and soil organisms and, it’s these delicacies that they’re hunting for – and destroying your garden in the process. 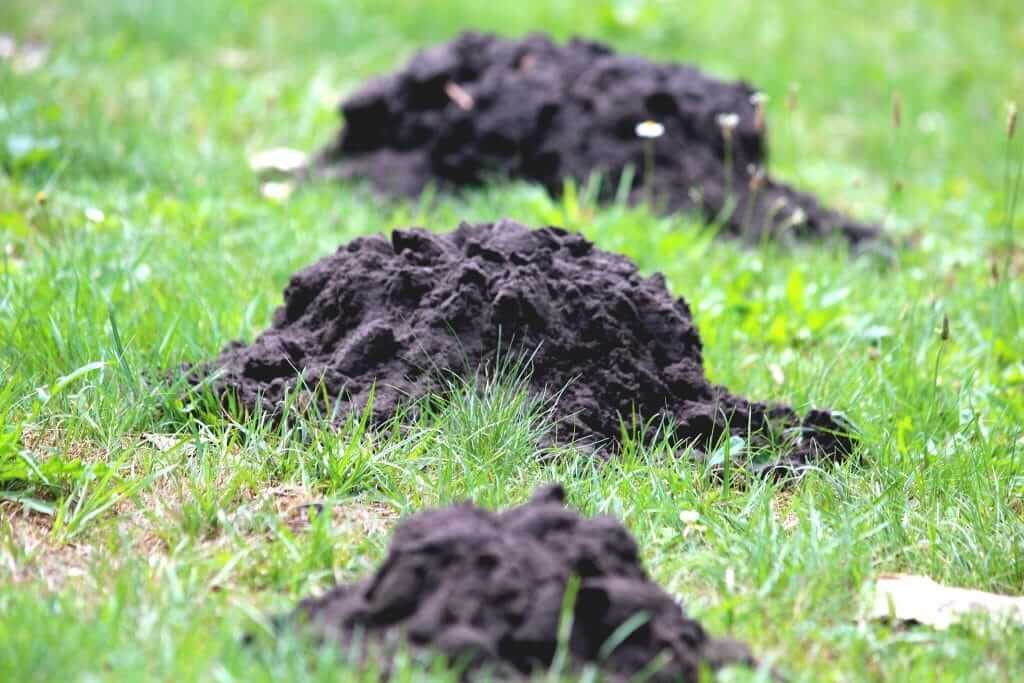 How do I know if I have a mole problem?

Once a tunnel has been cleared (these are usually around ten inches underground), the displaced earth will be pushed upwards and out of the way. On the surface of the lawn or field, this creates what we call molehills – small piles of conical shaped soil which appear sporadically. Moles tend to be at their most active in the early morning and early evening so you may notice more evidence during these times. Although common in the UK, moles can be surprisingly difficult to eradicate from your property or land. Mole tunnels are classified as either shallow or deep. Whereas deep tunnels create molehills, shallow tunnels create a kind of runway on the surface of the ground. Damage caused by moles can include:

Torn up tree roots, including structural damage to trees

As well as cosmetic and structural damage, shallow mole tunnels can cause the ground to become spongy and uneven which can cause trips and falls for those unlucky enough to walk on them. 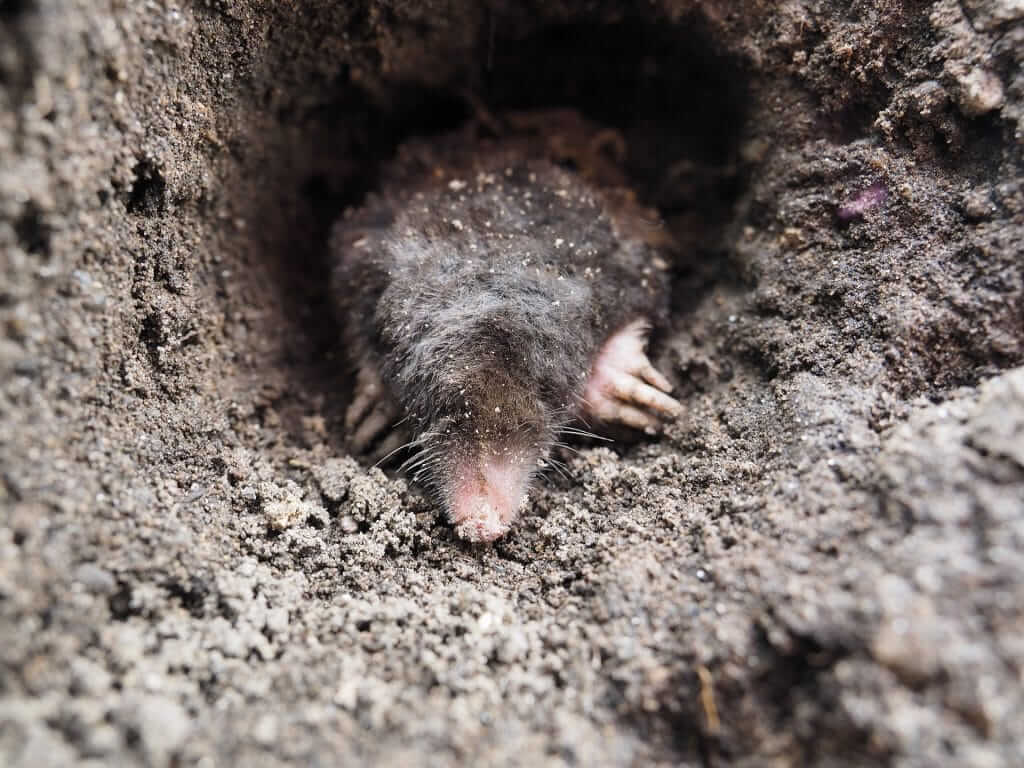 We won’t make a mountain out of a molehill

At AIM, we have years of experience when it comes to effectively and humanely ridding your property of moles and, we take pride in offering expert, affordably priced solutions for residents and businesses. All of our staff are highly trained and experienced and will complete the work with as little disruption to your family or business as possible.

Got a mole problem in the West Midlands? Contact our team today. 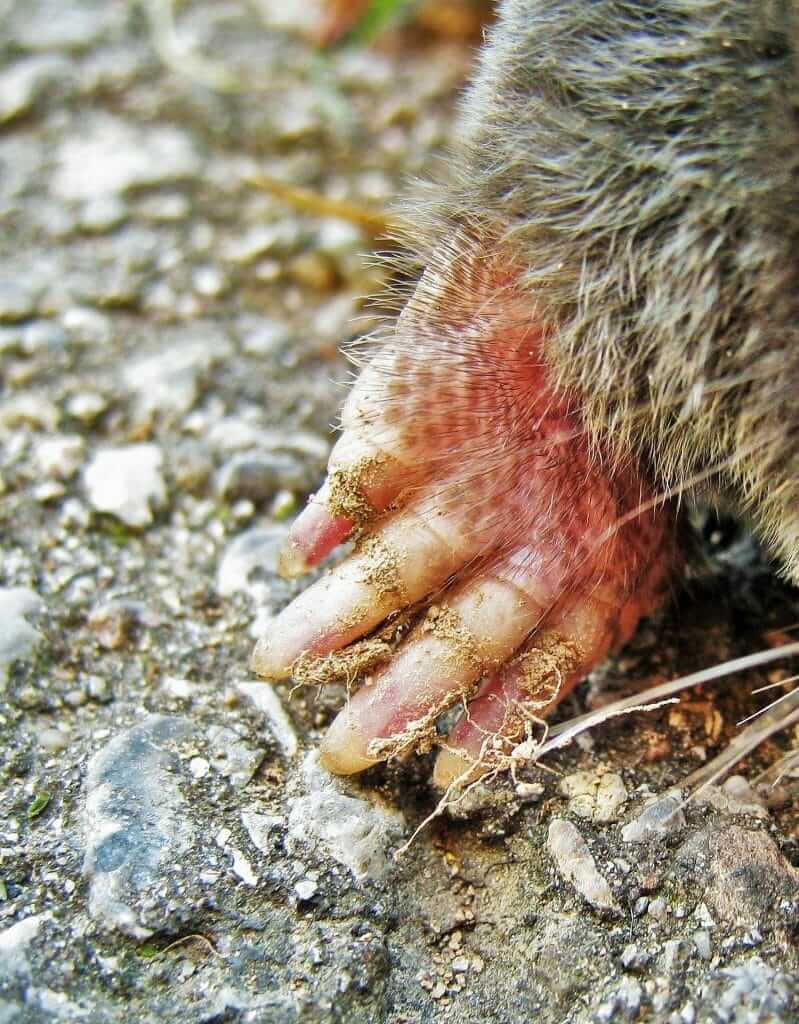 Remove Moles From The Garden

We’ll visit your premises to begin with in order to assess the problem and, we’ll then discuss your options with you. You may have heard of a gassing process which uses aluminium phosphate to remove moles from property. Due to stringent guidelines and a small risk to the health of humans and other animals, we prefer to only use this method as a last resort.

Instead we will, for the most part, use mole traps which is a much safer and more humane way of dealing with a mole problem. Although traps are widely available in home stores and online, we don’t recommend doing this yourself if you don’t have experience as this can be ineffective as well as causing undue distress to the animals. Our staff are highly experienced in the use of these traps and, every care is taken to limit damage and suffering.

When it comes to mole removal in the West Midlands, our guarantee is that you won’t find a more effective or more affordable service. Our pricing is highly competitive and, we’re able to offer flexible payment plans to help lighten the load.

Our mole control services cover the whole of the West Midlands and we offer a comprehensive service and follow up to ensure that property is declared mole free – and stays that way!

If you would like to know more information about our mole control West Midlands service, or to request a quotation please, fill in the contact form or call us on 01902 475175.